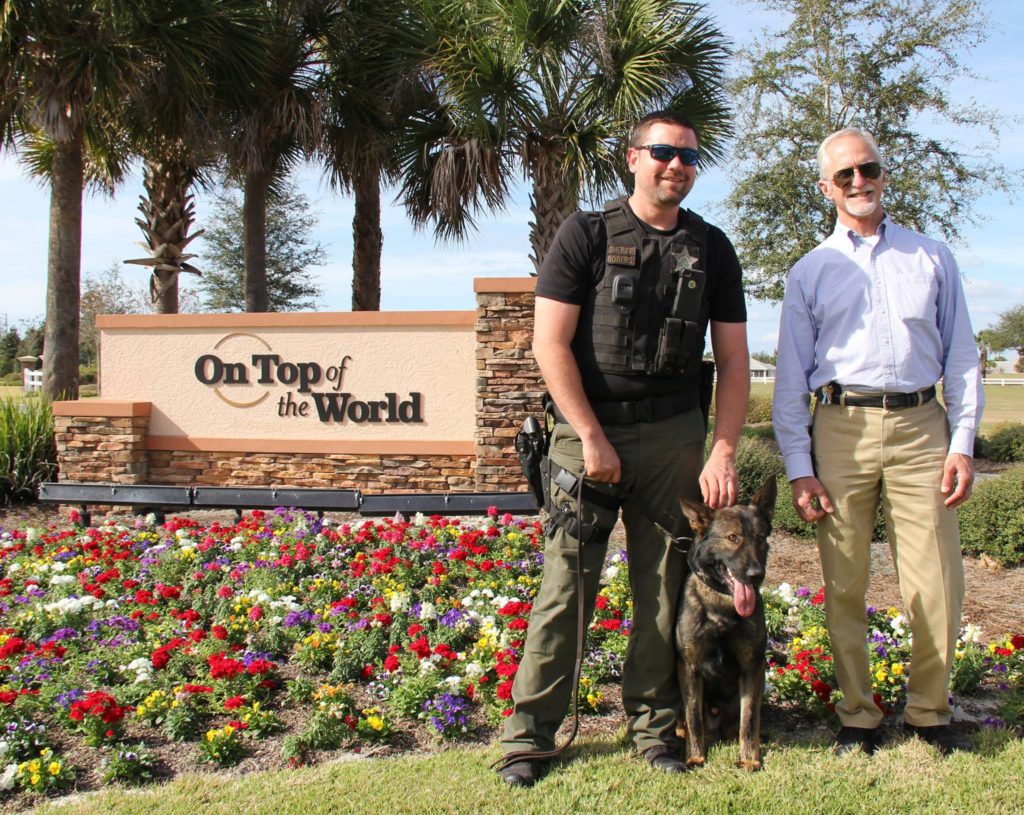 Through the generous community spirit of the Entertainment Group and a private foundation the necessary funds to purchase a green (untrained) law enforcement K-9 for the Marion County Sheriff’s Office were acquired. A police dog (often referred to as K-9) is specifically trained to assist police in their work. Their duties include suspect apprehension, searching for drugs, explosives, lost people and crime scene evidence plus the all-important duty of protecting their handlers. These specially trained K-9s often cost anywhere from $8,000 to $10,000. The new addition to the Sheriff’s Office is an energetic 14-month old sable German shepherd recently brought over from Germany. The K-9, now paired with Deputy Matt Bowers, replaces the deputy’s former K-9 partner “Cadet” who unfortunately retired recently due to medical issues. To show their thanks to the residents of On Top of the World, the Marion County Sheriff’s Office has officially named the K-9 “OTOW.” “OTOW” has already begun the additional training he needs to prepare him for his important job of serving and protecting the citizens of Marion County. On Wednesday, January 18, 2017, Kenneth Colen, President of On Top of the World Communities, Inc., along with several members of the Marion County Sheriff’s Office held a “meet and greet” to introduce K-9 Officer “OTOW” to the community.